Forum Fun! get your fight on!

So what we looking at adding to make more fun? and whats the fighting all about?

There will be 2 scoreboards – individuals and teams –

Framework as it stands:-
Individual scoring, based on badges, shows and events attended, blog posts, photos submitted
Team scoring :-
Anyone who wants to start a team can, maximum of 10 members in a team
Team captains get to name the team and select members (members have to agree to be a member, people can ask captains to be drafted)
Team will get a badge / killmarking / stickers
In team scoring the captain selects 3 best scores to put forward (helps with balancing playing field between small v big teams)

End of the year prizes to be given out to top 3 individuals and top team.
trophies to be handed around to be cherished for the year and handed on the next.

Good idea? have your say on the forum thread! Start or join a team! FIGHT!!!! 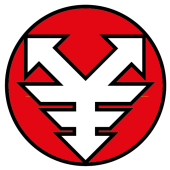