For another year, we decided to run the Combustionpunks stand at Japfest as a shared one with MX5Nutz. Many of the members are/ have been a part of both clubs and as there’s been no one step forth to take the reigns for the MX5Nutz events, Yetidragon with his massive heart and endless patience,  just keeps running with it… So, almost a 100 car stand at Europe’s biggest Japanese Car Event, held at a new and larger venue, with ticket sales and info coming direct from the organizers this year… You might expect it to go pretty seamlessly…

We always promote events via the Combustionpunks Forum, Website, Facebook page, Facebook group, personal profiles as well as other group pages… Yet every year there are countless people crying out for last minute stand passes/ tickets. All that can be said there, to a generation almost sewn to their mobile devices, is JOIN the Forum and Facebook pages, SUBSCRIBE to the up and coming events for reminders, then sit back and chill until the notifications roll in. We did what we could this time, with ticket sales direct from Japfest this year, everyone was responsible for buying their own tickets, meaning they didn’t come from the club organisers. Will they run it the same next year after all of the altercations and obstacles that have occurred with tickets and communication, emails and time-frames?  Who knows… But in the end, everyone seemed to relish in the day that was Japfest and lots of positive feedback has been flying about.

Convoy’s formed all over the country, members from as far south as Brighton and as north as Sheffield, took to the roads for Europe’s biggest Japanese car event. The sun was high in the sky,  roof down, perfect drive! Many of the Sheffield MX5 club joined in a group convoy traveling with CB Radio’s which as it turns out, is a lot better than just two of us! Point man in front, Tail-gunner bringing up the rear, camera car travelling about the formation for rolling shots and observers in between. Took us all a while to get to grips with how to use them sensibly, many we’re only fitted the night before so the run to Silverstone was their first real test. Test successful, hopefully get some reviews up on the forum soon!

Many ‘punks camped the night before with weekend tickets. Whittlebury Park Golf and Country Club was a near perfect venue, idyllic scenery complete with picturesque lake and sunset, bar, food stalls and a makeshift Night Club. Directions and marshals present was ample, directed to the camp site relatively drama free…. Greeted on arrival with toilet roll, bin bags and a print out of instructions/ directions for the morning, we headed off to our allocated pitch and started making ourselves at home. It didn’t take long to get the two gazebos up, flags out and individual tents ready for an evening of relaxing and socialising with the 30+ campers in the club.

Other club stands and general show goers were also enjoying themselves, walking around the campsite was a mini show in itself with some exciting tasters for the day ahead. A fairly early night was had by most, a 5.30am start was needed to tear down the gazebos and pack them off up the road to set up again for the actual display at Japfest. Many found it strangely warm through the night, which would explain the snow in the morning!

Arriving on stand a little later than planned, by 7am there were already 10+ cars parked up on the ‘punks/Nutz display. BamBam assisted in the parking of vehicles on a first come, first served basis #ThePunksWay trying to make some kind of visually appeasing parking lot with the quickly arriving/ abandoned cars. Many had parked up and eagerly wandered off to view the show, making it slightly difficult to separate the non MX5’s from the MX5’s… So we ran with it and had a very mixed stand made up of some quality vehicles breaking up the MX5’s.

Thankfully, the hardcore members stayed on stand to help set up the gazebo’s and gear for the second time in 24 hours. Much appreciated! Throughout the day, dedicated guys took it in turns to man the pitch so the rest of us could get out and wander about the show ourselves. Plenty of people passed by to grab a hoodie when the weather changed for a second time that weekend… Woke up to snow, enjoyed a beautiful morning with sunshine, then set off home in the rain!?

As promised, the trade section was bigger and better than ever! Utilising the space at Silverstone, the trade area seemed fairly endless, flags high in the sky, various products on sale and plenty of eye candy at the front of the stands… Shout out to Project Touge, must have been the happiest traders at the show. There didn’t seem to be a bombardment of sticker stalls and pop up cleaning product booths… A great selection of gear for every Jap Enthusiast.

Rota were there in force with  a huge display and a very attractive array of cars, one that’s currently most talked about in the MX5 circle was the impressive BBR Turbo MK4 MX5.

There was plenty of track action to be had, a few members from the Combustionpunks stand had allocated spots to get on and off the busy stand. There will be GoPro footage up on the ‘Punks YouTube channel soon!

All in all we had a great day, now looking forward to JAE, more details soon! 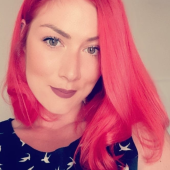 The Old the New and the Awesome